In the summer of 1970, former islanders gathered for the sad task of laying one of their own to rest in Boyne City, Michigan. The funeral brought together in one place friends and relatives who had not seen each other in many years, and the warmth of the occasion resulted in a resolve to meet at the same time the following year.

On Independence Day, July 4th, 1971 as many as had pledged to meet again gathered for a reunion picnic at the city park on the beach in Empire, a location that affords a clear view of the Sleeping Bear Bluffs and South Manitou Island. The event became and institution. Many having connections to both Islands, the annual gathering was joined by people from North Manitou, and the name "Annual North & South Manitou Islands Reunion" was adopted by popular acclaim.

The Islands Reunion had always relied on volunteers, its incidental costs being supported by passing the hat during the picnic. As interests in acting as an advocacy for the islands began to evolve, the need for additional financing and a more formal structure was indicated. In 1988, the Reunion voted to establish an incorporated association, and three prominent participants were elected as the new organization's first officers. The name ultimately chosen was South Manitou Memorial Society, and the new organization was incorporated under that name by the State of Michigan.

Cemeteries and burial sites on the Islands had long been neglected, and had been partially, or sometimes totally overtaken by the encroachment of natural vegetation. As a first order of business, Society members set about the task of recovering and restoring these sites, often placing markers where none had existed. Some had succumbed to the ravages of vandalism, time and weather. Collapsed and missing fences were raised back up or replaced, and paths to the sites were reopened. Meanwhile, other members helped to stabilize remaining buildings and structures through fund-raising activities and physical labor. While some members collected and catalogued historical documents and artifacts found on the Islands, others documented personal oral histories. Many of these were moved to the safety of the Leelanau Historical Museum in Leland, while others became part of a small interpretive display established for visitors to South Manitou. Much of this material has also been made available for everyone to appreciate through publishing in the Society's tri-annual newsletter. Since the inception of the Society, members have became an asset to the National Park and visiting public alike, serving as volunteer guides and interpreters on the Islands.

Over the years the Society's interests and efforts have been directed primarily towards South Manitou. This is partly due to the original founders' special connections to that island, but also because South Manitou hosts day tourists, while far fewer visit the North Island, which provides only for campers and back-packers. Nevertheless, because of their close proximity to each other, the two Islands have rich and interrelated histories and cultural traditions. In fact, many members of the South Manitou Memorial Society have connections to or a special interest in both islands; some to North Manitou exclusively. Proposals to expand the organization's advocacy to embrace both islands had been discussed several times since the founding of the organization, with no difinitive action towards that end ever having been taken. Finally, in December of 2003, a special meeting of the general membership voted unanimously to adopt a new corporate charter which dedicates the organization equally to both of Michigan's Manitou Islands. Under these Restated Articles of Incorporation the name of the organization was changed to the Manitou Islands Memorial Society.

Carrying on the Traditions

The Old Islands Reunion continues, meeting at Empire on the last Sunday in July every year as a MIMS-sponsored activity. The 2017 gathering will mark the 48th anniversary of these meetings of relatives and old friends, who are now joined by a contingent of younger friends of the Islands. For the more intrepid, an annual Saturday Island Outing was added in 1993, and is now looking forward to its 20th anniversary. As the Society approaches its 25th year, we look back with pride on what has been accomplished, and look forward with anticipation and excitement. 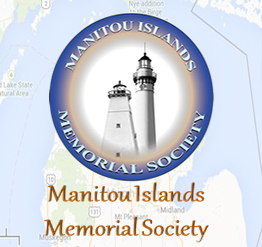